This is the second part of my little three-part series on house rules for AD&D 1st Edition. This post concerns the cleric and its sub-classes.

Clerics have only a small cosmetic change: I like the level-titles from Basic better, so I'm using a variation on those: 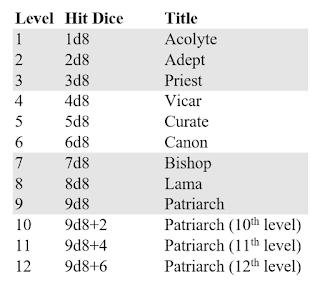 (Hell, most printings of the 1E PHB that I've seen leave the level six title—which is apparently supposed to be "Perfect"—entirely blank, thanks to a misprint that wasn't even corrected when WotC reprinted the book a few years back.)

Oh, and one other thing: since I don't use alignment at all, the know alignment spell becomes worthless, so its spot on the list of 2nd-level clerical spells gets taken over by cure medium wounds, which restores 1d10+1 hit points (as per the same spell in 2nd Edition). 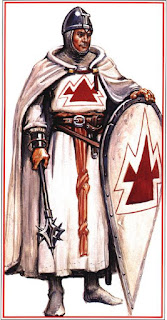 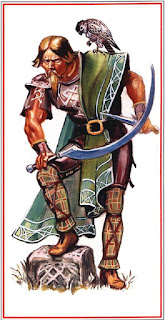 Druids and monks have no level-cap, and no duels are required to attain or maintain positions in the upper echelons of the druidic and monastic hierarchies. Both classes roll hit dice exactly as clerics do. Druids otherwise have only one change—namely, half-elves are limited to 9th level in the druid class (the same as in 2nd edition)—whereas monks have a great many changes (because monks as-written are a goddamn mess). 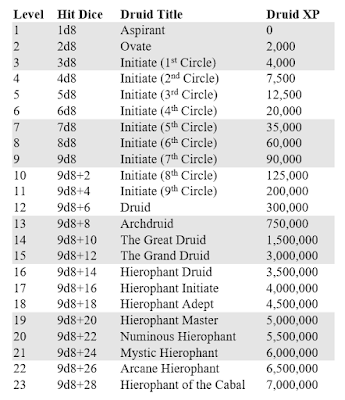 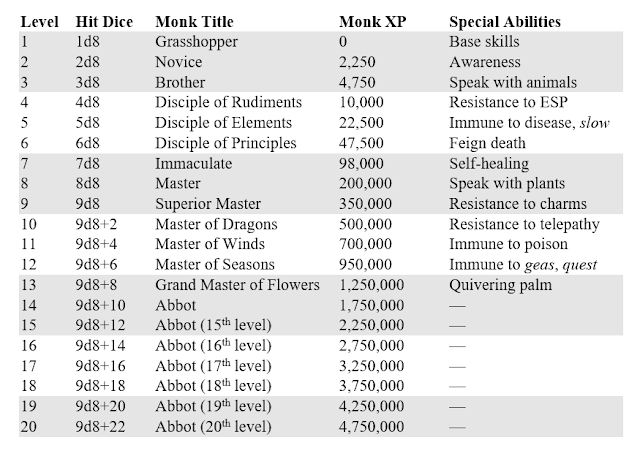 The monk's basic capabilities are as follows:
• Open-hand fighting allows for superior damage and multiple attacks, while armed fighting grants a damage bonus equal to one-half the monk's level, rounded down. The monk's "Ch'i Strike" ability does permit high-level monks to attack life-draining undead with unarmed strikes and to suffer no ill effects from scoring successful hits.
• Once per day per level, a monk can stun with an open-handed strike, forcing the target to save vs. paralyzation or be stunned for 1d3 rounds. (Monks do not have a killing strike.)
• Once per day, a monk can perform the "Breath of the Dragon," a ch'i attack that works much like a dragon's breath weapon: the monk throws his hands forward and produces a beam of energy, 1' wide and 10' long per level of the monk, that inflicts force damage equal to the monk's current hp total (save vs. breath weapon for half). Monks of 8th level and greater can perform this feat additional times in a day by expending eight daily uses of their Stunning Fist to fuel each extra Breath of the Dragon attack.
• Monks can roll saving throws vs. petrification to avoid damage from missile attacks that would otherwise hit them, and they take no damage from spells or breath weapons when they successfully save for half damage. After 9th level, they also take half damage from such attacks even on failed saves.
• Monks possess all of the thief's thieving skills except for Picking Pockets; but they advance in these skills more slowly than a thief does, with a monk's effective thief level equal to one-half is actual level, rounded down (the same as a bard; see the following post). Additionally, monks can perform feats of acrobatics with a chance of success equal to ([3 × Dex score] + [2 × monk level])%.
• A monk's Armor Class starts at 8, adjusted for both the monk's Dexterity and Wisdom (the "magical defense adjustment" is used). Most protective items (such as rings of protection) work normally for monks, while bracers of armor may provide a lower base AC than the table value if worn. Monks apply all of the usual Strength adjustments to hit and damage, and they never become immune to haste.
• The 2nd level monk's Awareness ability is the same as that of rangers: they surprise on 1–3 in 6 and become surprised only on 1 in 6. All higher-level special monk abilities are exactly as described in the Player's Handbook.
• The "Wuxia" ability noted on the table below refers to the monk's ability to both slow a fall (thereby reducing any falling damage) and also to leap to the listed height from a standing start without effort. With a running start, the monk can leap distances equal to twice the value given on the table.

So that covers priests. The third and final post in this series (which I'll put up tomorrow) will cover rouges: the thief, and the two thief sub-classes of assassin and bard.
Posted by John Higgins at 9:44 AM