Alignment: more fundamental even than a player's choice

I haven't posted anything in a while, so I thought I'd drop back in on the ol' blog with a quick update.

The new edition of Engines & Empires has become somewhat bogged down in the monster chapter, probably because I set myself up with too much to do.  I had wanted to keep things slick and simple, but in researching old-school monsters, I kept running into old favorites and thinking to myself, "well, how could I not include that?"  And my original intent—to only include proper fairy-tale and mythology monsters, and dispense with Gygaxian weirdness—got sort of sidetracked, by pure alphabetical chance.

You see, I wanted to divide the monster chapter into sub-categories: animals, humanoids, constructs, undead, etc.  And I decided to tackle them in alphabetical order.  The first heading?  It wound up being "abominations, eldritch horrors, and monstrosities".  This is the chapter that includes all the truly weird stuff: aliens, Yog-Sothothery, and yes, all those Gygaxian "fuck you, because dungeon" monsters.  So on the one hand, at least the Gygaxian weirdness is siloed off into its own little section (and I probably won't put most of these monsters on the random encounter tables, because I want to preserve that very special "basic D&D ain't AD&D" feel); but on the other hand, they're there in the book in case they're ever needed (I certainly used them quite a bit for the Shade Isle campaign, and I'd rather not have to lug around the Creature Catalog and Advanced Edition Companion all the time—the whole reason I'm doing this is to get back down to one book).

But as I was going through these monsters and their stat write-ups, something else occurred to me: early on, I decided that for this new edition of E&E, alignment wouldn't be a big deal.  I would just dodge the whole question of whether it was a moral philosophy, a description of character behavior, or a "side" you pick in the great cosmic battle, and just make it sort of there in the background, a fundamental description of a creature's nature.

In other words, by definition, the alignments mean…
• Law is that which pertains "to gods and men".  It is the alignment of the gods who run the cosmos, their direct servants (angels), humans who are not magic-users, and anything else that is the direct creation of human society, like robots and automata.
• Neutrality is anything which is natural, but unencumbered by affectations of human society or religion (ordinary plants and animals, in other words); or anything that bridges the gulf between the natural and the supernatural (human mages and all demihumans, by definition; and also elementals, for cosmology reasons).
• Chaos is everything else: if it's monstrous, supernatural, unnatural, or in any way out of the ordinary, it's Chaotic by definition, even something like a mindless ooze.  Demons are of chaos, but so are fae, because they're of magic, not of the natural world.

This fits in well with both steampunk's magic vs. science theme, as well as the inspiration I've drawn from Beyond the Wall (heavy as it is on the Chaotic-ness of fae).  Part of what inspired this is the fact that I recently read through both a lot of Elric novels and Three Hearts and Three Lions, and I like Anderson's take on Law and Chaos much better than Moorcock's.  One the one hand, reading Moorcock really turns on the lightbulb with respect to understanding where so much of AD&D comes from (time after time, you just keep going, "oh, that's where Gary was getting this batshit crazy idea from!"); but on the other, it's just so complex and tiresome… it's a very specific bit of world-building, and I want nothing to do with it.  Poul Anderson was just telling a romantic fairy-tale, more or less, and that's what I'll go with.

So the up-shot of this is that alignment is predetermined by your choice of race and class.  A human fighter, expert, or tech is just plain Lawful, period, end of story; and a human mage or a demi-human is Neutral, boom, done.  Frankly, I like any excuse to take alignment out of the hands of the players, because there are just entirely too many players out there who like to use "I'm Chaotic!" as an excuse to play a jerkwad.

No, Timmy, you're not Chaotic, your character is just a jerkwad who hasn't been caught yet.
Posted by John Higgins at 3:58 PM 2 comments: 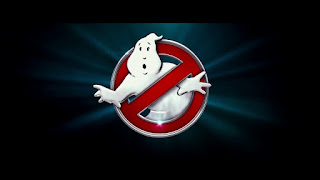 Saw Ghostbusters last night.  As expected, it couldn't live up to the original—nothing could, of course.  Also as expected, the fact that it was a reboot rather than a sequel was inevitably disappointing; but then, what else could it be?  Ghostbusters II ignored the existence of the Real Ghostbusters, so it's not like any movie that came out this decade would ever, e.g., acknowledge that Extreme Ghostbusters existed.  A true sequel was never going to happen anyway, so…

So what we got was best possible alternative.  A reboot with fun characters who had good chemistry.  The film isn't anywhere near as witty as the original (but then, who could ever match Bill Murray?  Although Kate McKinnon sure gets some goddamn props for stealing this new film in the same way Murray stole the original).

Pretty much everybody in the cast (with the sorry exception of Neil Casey, who played the lame villain, Rowan North) was fantastic in the movie.  McKinnon and Hemsworth rocked the house, but Wiig, McCarthy, Jones were as funny as they ever are.

It leaves me wanting a sequel.  And a new animated series with these characters.

Not too shabby, considering what else could've been.
Posted by John Higgins at 11:54 AM 1 comment: 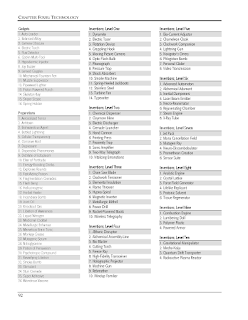 So in actually working through the descriptions and mechanics of all these inventions, I've had to (as I knew that I would) shuffle them around a bit, combine, split, tweak, re-fluff.  Some have gone up in level, some have come down, and (especially) all the automata have gotten more flavorful names.

(I will say this much: the 2nd edition E&E tech is going to be very good at making robots.)
Read more »
Posted by John Higgins at 2:15 PM No comments:

Here's the list of small gadgets, chemical preparations, and full inventions that techs will be able to build in E&E 2nd edition: 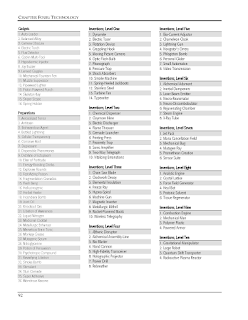 And, for your appetite-whetting edification, I'll go ahead and post the list of 1st level inventions right here.  Keep in mind that this new edition uses a copper standard, so most equipment prices are in cp and 1 cp of treasure must be wasted (i.e. not spent on useful things like gear or technology) to earn 1 XP.  The noted encumbrance values (EV) assume the use of that grid-based inventory system I cooked up several posts ago.  All of these 1st-level inventions require 3–4 days of work and 100 cp worth of materials to build; and the tech must pass a successful Int check or else the invention will be flawed and prone to failure.

A funny thing happens when you decide that you want to try and make D&D emulate reality, rather than trying to make it emulate video games or movies or novels or whatever.

The "rule of cool" doesn't seem so important anymore, and (even better) the nigh-impossibility of true simulation makes D&D's underlying abstractions make so much more sense than a face-value reading of them would at first suggest.

Take the simple attack.  Whether you use the basic game's 10-second round or AD&D's nonsensical minute-long round, an "attack" is not one swing of the sword.  It's the constant flow of the duel, thrusts and slashes, parries and ripostes.  The attack roll is just an abstraction for out-dueling your opponent, and a "hit" isn't a hit-hit, it's just gaining the momentary upper hand in the fight, pushing your opponent back, catching them off their guard, wearing them down, maneuvering them into opening their defenses.

Read more »
Posted by John Higgins at 1:38 PM No comments:

The inventions and monsters are going to take quite a long time to work though, but the book is shaping up quite nicely so far. 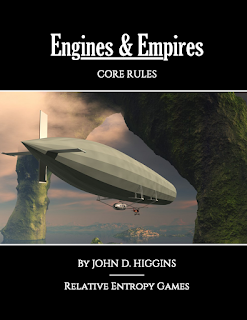 Posted by John Higgins at 9:58 AM No comments: