What was it that Einstein said about time again?

Time.
There's just never enough of it, is there? I certainly never seem to have enough time to write, for this sake of this blog or otherwise. Life, work, and everything are always getting in the way. "Oy gevalt", I think, is the appropriate cliche for this manner of commiseration situation.
Oh, and there are also a couple of websites I can blame, like www.reddit.com and www.tvtropes.org, both being these swirling vortices into which all my free time has been periodically known to disappear.
(We won't even bring up the delightful ninth installment in the Mortal Kombat franchise. Ahem.)
Anyway... are we aware that the truly awesome and truly classic science show with Carl Sagan, Cosmos, is up on Hulu? And that a new version of the show is coming, which will involve both Seth MacFarlane and the incomparable Neil deGrasse Tyson? Good; glad we cleared that up.
And now back to your regularly scheduled... wait a minute, what the crap am I saying?
A schedule? On this intermittent and so-called "blog"? Oh, it is to laugh. *LOL*
Posted by John Higgins at 10:44 PM 1 comment:

Other bloggers who understand particle physics much better than me have doubtlessly already waxed eloquent about the recently leaked observation from CERN that some neutrinos may have moved faster than light. Now since all the evidence points to the fact that neutrinos have a tiny mass (without which they couldn't oscillate between the electron, muon, and tau flavors), they should move a tiny bit slower than light. Except, from what I understand, they've always been observed moving at exactly C, or just a bit faster (but heretofore always so slightly faster that it could be explained away as either an artifact of the detection equipment or a negligible quantum effect that doesn't really violate causality).
But no longer. Now the variance is too big to just write it off as a quantum phenomenon, and the data from the experiment are (apparently) too consistent to just assume equipment or human error... just yet. The jury's still out, of course, which is the great thing about science. Something this ground-breaking means that all involved want to be damned sure that the phenomenon is real, and that the experiment can be replicated. But wouldn't it be so freaking awesome if it turns out that neutrinos really are massive particles that just plain ordinarily move faster-than-light --- which would make them bona fide tachyons? (My intuition says that this isn't the case, since the faster-moving neutrinos seem to have more energy than the slower-moving neutrinos, which is just the opposite of how tachyons are supposed to work.)
Have neutrinos ever been observed moving slower than C (an impossibility for tachyons)? I don't know. But I'd love to find out. Anyway, whatever the truth turns out to be, new developments in physics are always hella exciting. Anything that might get us past the stagnation of string theory, y'know?
And now some obligatory snark: 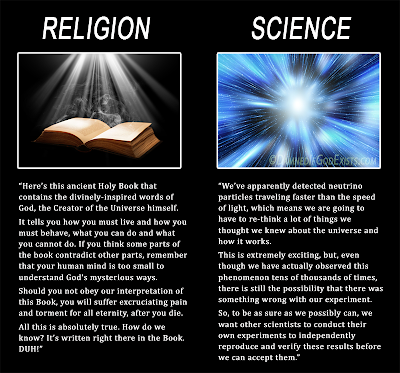 Posted by John Higgins at 11:01 PM No comments:

My Go-To Game These Days

So yesterday evening, I ran another session of my current Engines & Empires game. And it was fun, as always -- we laughed, we cried, the player characters kicked butt, many jokes were cracked, the dwarf died. You know, a typical D&D session. About as good as it gets.

There's nothing at all wrong with D&D, not really. Especially when the game hits its "sweet spot" (and during this session, the party leveled up from Lv5 to Lv6). It's just that D&D is usually limited to doing certain things better than others. And the things it does really well (map-crawls, hack-and-slash games with light RP, and zero-to-hero stories with steep power curves) aren't the only things I want to do with my games.

Yesterday I hinted at the partial existential gaming crisis that I've been grappling with for some time now. Yes, I'm still currently running a D&D campaign, and I'll carry it on for as long as I can, but I'm not sure that I'll ever want to start up another one. I have a sneaking suspicion that there might actually be better ways to game. This, of course, begs the first question: does it really matter if I'm not playing the best possible game? Do I really need to "optimize" my leisure time?

Settling Down... and Opening Up

So it took a few months, but I finally landed a new job in my new home, which is also my old home: Omaha, Nebraska, the city where I was born. So long to Indiana, my home of twenty(!) years, for I cease this day to be a Hoosier and once more take up the mantle of Husker. (Not that you'll ever catch this dicing, DMing dork dead with a football in hand, of course.)
Read more »
Posted by John Higgins at 9:41 PM No comments:

Hey OSR, I think I just solved your thief problem...

I don't know why nobody's thought of this, but...
For those of you out there who don't like the thief class (I'm not among you, but here you go), why not just (A) drop thief as a class and (B) give all of the thief's abilities to the fighter? In addition to the old chestnut problem (oh noes! thieves are teh weaksauce and goes against my filosofy!), it also makes some headway toward mitigating the linear warrior / quadratic spell-caster problem.
And that way, every fighter gets to be Conan, which is pretty much exactly what you diehard OSR folks want out of D&D to begin with, ain't it?
Posted by John Higgins at 9:18 PM No comments: