You Don't Explore Characters? How Sad.

Okay, okay, I know I promised posts on sci-fi. That's coming up. First I have to get this off my chest.
Have you noticed this obnoxious little meme floating around the old-school community? "We don't explore characters. We explore dungeons." This, apparently, is the new slogan for the OSR. This is what we're doing now: inventing some kind of trumped-up mutual exclusivity between exploring the campaign world and all that stuff that used to get filed under "good role-playing" back when I was first learning this game.
Well... lah-dee-freakin'-dah! Seriously, where does this pig-headed macho bullshit keep coming from? If you want to play in a role-playing game where the characters don't have any character, that's fine, I guess. But it sounds damned dull, if you ask me.
I play old-school D&D for the characters. Literal dungeons are incidental. Actual dragons may or may not be involved. I explore dungeons, the wilderness, the planes, outer space, and my character's psyche... and I am old-school.
The drawers of boundaries, the builders of walls, the sayers of "nay," are all cordially invited to choke on that.
Posted by John Higgins at 5:11 PM 6 comments:

Hot *Alien* Chicks Welcome You to the OSR Ah, the OSR blog-roll hive-mind. I'm happy to help with this fiendish plan to test out some posting software and maybe get some search engine hits to lead the unsuspecting surfer deeper and deeper into the bowels of El Diablo! (Whoa, wait, I was just channeling the Dead Alewives sketch there, sorry. That's usually something I try to avoid, since we can only take so many "I cast magic missile at the darkness" jokes before it gets really old at the game-table.) Ahem, as I was saying, maybe this will lead some unsuspecting web-surfers to discover a big network of blogs dedicated to TSR-era role-playing. Yeah, that's the ticket. (Okay, wait, was I just channeling Jon Lovitz that time? Whatever.)
The point is, alien babes from Farscape are much hotter than random elf chicks. That's a scientific fact. (If I'd wanted to be more efficient with this post title, I could've called them hot babeliens, but I'm pretty sure that only Limozeen and Strong Bad are allowed to do that.)
As it happens, this is a good time to drag my dusty old blog out of the closet and start posting again. I've actually meaning to do a series of posts on sci-fi gaming (since it's just so badly underrepresented compared to fantasy, and since the next campaign I mean to run is going to be a space opera). So, thanks, OSR hive-mind, for prompting me to get off my bum and write something. This was just the kick in the pants I needed.
Welcome to the OSR. 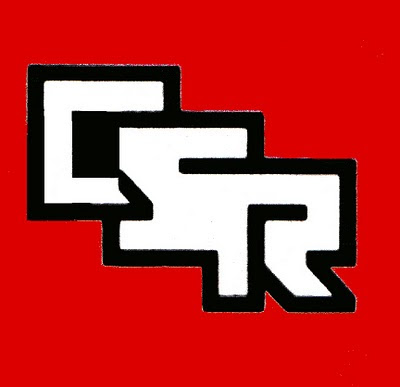 Posted by John Higgins at 5:53 AM No comments: